In the purpose of enhancing economic growth, the Vietnamese Government has recently promulgated numerous policies to support enterprises and individuals, among which the new tax policy is the most noticeable and worth waiting for.

FIDAL ASIATTORNEYS would like to present our latest updates of these important and useful key changes, in particular on Personal Income Tax (“PIT”) and Enterprise/Corporate Income Tax (“CIP”). 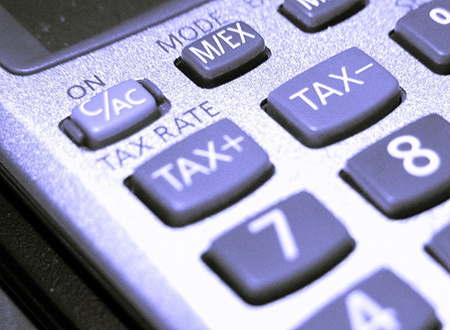 The Law on amending and supplementing some articles of the Law on PIT was passed by the National Assembly on 22 November 2012. However, the Government just issued the Decree 65/2013/ND-CP guiding its implementation on 27 June 2013 and Circular 113/2013/TT-BTC on 15 August 2013. These instruments contain more favorable tax regime for tax payers and simplifies the tax declaration procedures.

From 01 July 2013, the new family tax relief threshold applied for each individual and his/her dependants are increased as follows:

Evidence of being a tax resident of other countries is the corresponding resident certificate. In case the countries have signed tax treaties with Vietnam, the individual must provide copies of passport to justify the duration of his/her residence.

The exemption scope of employment taxable income is now extended to: compensation of round trip airline tickets for foreign employees or Vietnamese employees working overseas paid for annual home visit, compensation of tuition fees for their children’s  studies, from pre-elementary to high school.

All traffic expenses paid by employer to rotate employees working on petroleum or mining industries pursuant to employment contract or working schedule of international common practices are also exempted from taxable income to PIT.

From 01/07/2013, enterprises can file PIT reports on a quarterly basis if having an amount of deducted PIT under 50 million VND and are not listed as enterprises that are obligated to file PIT monthly. This provision aims  to simplify and reduce the formalities for small and medium enterprises and organizations in PIT filing procedure which is usually time-consuming

Accordingly, enterprises whose turnover of the previous fiscal year does not exceed to 20 billion VND are eligible for CIT rates of 20% from 01 July 2013. In case of enterprises whose operating duration is under 12 months (from the date of incorporation to end of 2012), or whose tax period is over 12 months or which established in the first 6 months of 2013, the average turnover of all operating months is ground to determine eligibility for such incentives. If average monthly turnover is under 1.67 billion VND, these enterprises are granted for 20% CIT tax rates.

Besides, some kind of enterprise incomes are subject to 10% tax rates such as: income of selling, leasing, leasing and selling of social houses from 01 July 2013. This is generally considered as a positive support of the Government in the context of frozen real estate market.

We hope that our tax updates are of use to your enterprise. Please do not hesitate to contact FIDAL ASIATTORNEYS office should you need further or profound advices in all tax issues of your enterprises.

For receiving updates on tax, legal and business matters, please subscribe to our Newsletter.